The East European Section of the European Scientific-Industrial  Chamber has awarded  Prof. Bruno  Coppi of the MIT (USA)  Diploma di Merito and  Gold Medal for his fundamental  contributions to  theoretical plasma physics, space plasmas and magnetic fusion.  At the MIT, he initiated the Alcator Program, which led to the development of Russian-American Ignitor program  that aims at building near Moscow a fusion reactor with Coppi as the principal investigator for the project.  In addition Coppi is taking a leading role in the Frascati Torus Program in Italy.

In 1987 Coppi received the James Clerk Maxwell Prize in Plasma Physics and also the Award of Excellence in Plasma Physics from the American Physical Society. He is a member of American Academy of Arts and Sciences (since 1976) and the American Association for the Advancement of Science and a fellow of the American Physical Society. He received the American Dante Alighieri Prize, the Science Prize of the Italian government, the science and technology prize from Italgas, and the gold medal of the Milan Polytechnic Institute. He was knighted Great Officer of the Order of Merit of the Republic of Italy.

The East European Section of the European Scientific-Industrial  Chamber has awarded  Prof. Levchenko Andre   of the Yale University (USA)   Diploma di Merito and  Gold Medal for his fundamental  contributions to  systems biology,  signal transduction and cell-cell communication. Prof. Levchenko has received  important results in   micro- and nano-fabrication and  stem cell engineering. His awards include the American Asthma Foundation Early Excellence Award and the  Fellowship of the American Institute for Medical and Biological Engineering.

The East European Section of the European Scientific-Industrial  Chamber has awarded  Prof Kostya Novoselov Diploma di Merito and Gold Medal for the discovery of  graphene and its applications in electronics, photonics, composite materials, chemistry, etc.  Previous awards include the Nicholas Kurti European Science Prize the  Europhysics Prize for discovering and isolating a single free-standing atomic layer of carbon (graphene) and elucidating its remarkable electronic properties, Nobel Prize in Physics, jointly with Andre Geim, “for groundbreaking experiments regarding the material graphene and other.

The  European Scientific-Industrial  has awarded Prof. Victor Salvador Batista of  Yale University  Diploma di Merito and  Gold Medal  for  the establishment of rigorous quantum mechanical approaches for describing equilibrium and dynamical properties of complex quantum systems used in studies of quantum mechanical processes involved in light harvesting mechanisms in semiconductor materials (e.g., functionalized TiO2) and biological molecules (e.g., rhodopsin). These studies aim at unravelling the nature of molecular mechanisms responsible for the efficient detection and utilization of photon energy, advance our understanding of the primary photochemical event in the vertebrate vision process, and to examine the potential application of laser coherences to control photo-transduction dynamics. 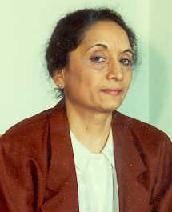 The East European Section of the European Scientific-Industrial  Chamber has awarded  Prof. Desai Padma  B.  Diploma di Merito and Gold Medal for fundamental contributions to  emerging market economies. She has gained a worldwide recognition for her studies of  transition, globalization and exposures to financial crises. Professor Desai was elected member of the prestigious PEN America Chapter (which has 600+ members) consisting of academics, writers, historians, novelists and poets. Professor Desai has combined her scholarly activity with frequent writings in the New York Times, the Financial Times, and the Wall Street Journal, and appearances on the MacNeil-Lehrer News Hour, CNN, BBC, Debates-Debates, Jim Lehrer News Hour, and the Charlie Rose Show.

The  European Scientific-Industrial  has awarded Prof. Thomas Appelquist  of  Yale University  Diploma di Merito and  Gold Medal  for  fundamental contributions to  theoretical high energy physics. Among his contributions are his work predicting the existence of the J/Psi particle, the formulation of the decoupling theorem in quantum field theory, the study of quantum effects in Kaluza-Klein theories, the development of the electroweak chiral lagrangian, the proposal of walking technicolor theories, the idea of universal extra dimensions, and the study of conformal symmetry in gauge field theories using lattice simulations.

The  European Scientific-Industrial  has awarded Prof. Elena Aprile  of the Columbia University    Diploma di Merito and  Gold Medal  for  fundamental contributions to  understanding of Dark Matter through a direct detection experiment, named XENON.  The existence of Dark Matter  is undisputed, yet its nature remains mysterious and unexplained. The explanation is likely to involve physics beyond the standard model of particle physics (BSM). Weakly interacting massive particles (WIMPs) are one class of dark matter candidates, naturally predicted in BSM theories. WIMPs direct detection experiments such as XENON aim to measure the signals produced in a detector on Earth as a result of a WIMP-nucleon scattering. To be sensitive to such rare events, an experiment must  rely on a very large target mass, extremely low background and effective signal-to-noise discrimination. XENON used liquid xenon as WIMP target and detection medium in a 3D position sensitive Time Projection Chamber (TPC).  With TPCs  of increasing mass and reduced background, the XENON project has been at the forefront of direct detection experiments worldwide. 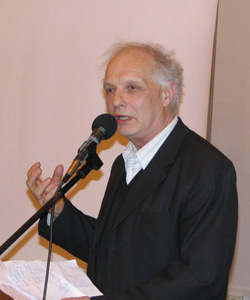 The East European Section of the  European Scientific-Industrial  has awarded Marshall D. Shulman Prof. Timothy Frye  of the Columbia University    Diploma di Merito and  Gold Medal  for  fundamental contributions to comparative politics and political economy with a focus on the former Soviet Union and Eastern Europe. He is the author of Brokers and Bureaucrats: Building Markets in Russia, which won the 2001 Hewett Prize from the American Association for the Advancement of Slavic Studies, and Building States and Markets after Communism: The Perils of Polarized Democracy. Among other projects, he is working on a book manuscript, Property Rights and Property Wrongs: Institutions and Economic Development in Russia. He has worked as a consultant for the World Bank, the European Bank for Reconstruction and Development, and the U.S. Agency for International Development. He is also Director of the Center for the Study of Institutions and Development at State Research University-Higher Economics School, Moscow.

The   European Scientific-Industrial  has awarded Prof. Jean Tirole  of the Toulouse School of Economics    Diploma di Merito and  Gold Medal  for  fundamental contributions to  the analysis of market power and the regulation of natural monopolies. Tirole  received the inaugural BBVA Foundation Frontiers of Knowledge Award in the Economics, Finance and Management category in 2008, the Public Utility Research Center Distinguished Service Award (University of Florida) in 1997, and the Yrjö Jahnsson Award of the Yrjö Jahnsson Foundation and the European Economic Association in 1993. He is a foreign honorary member of the American Academy of Arts and Sciences (1993) and of the American Economic Association (1993). He has also been a Sloan Fellow (1985) and a Guggenheim Fellow (1988). He was a fellow of the Econometric Society in 1986 and an Economic Theory Fellow (Society for the Advancement of Economic Theory) in 2011. In 2007 he was awarded the highest award (the Gold Medal or médaille d’or) of the French CNRS.

The   European Scientific-Industrial  has awarded Prof. Isamu Akasaki   of  Meijo University   Diploma di Merito and  Gold Medal  for  fundamental contributions to  semiconductor technologies. Lighting plays a major role in our quality of life. The development of light-emitting diodes (LEDs) has made more efficient light sources possible. Creating white light that can be used for lighting requires a combination of red, green, and blue light. Blue LEDs proved to be much more difficult to create than red and green diodes. During the 1980s and 1990s Isamu Akasaki, Hiroshi Amano, and Shuji Nakamura successfully used the difficult-to-handle semiconductor gallium nitride to create efficient blue LEDs. Prof. Isamu won the Nobel Prize in  2014.

Published on Monday, 11/05/2015
161 companies from 23 countries have been selected in the latest round of Horizon 2020 SME Instrument Phase 1. For each project, the participants will receive €50,000 to finance feasibility studies. They can also request up to three days of business coaching.
The European Commission received 1,569 proposals under Phase 1 by the first cut-off date of 2015 on 18 March. 251 received an evaluation score above the application threshold and 151 or 60.1% have been selected for funding. Spanish SMEs have again been particularly successful with 34 beneficiaries accepted for funding, followed by firms from Italy (25) and the UK (18). Since the launch of the programme on 1st January 2014, 816 SMEs have been selected under Phase 1 of the SME instrument.

FABPulous is a SME based in The Netherlands which was spun out of Maastricht University at the end of 2008, which will receive €1.6 m. from the European Union under Horizon 2020 SME Instrument programme to develop the Rapidex project.
Thanks to its researching FABPulous has developed a rapid test for the cardiac biomarker so called heart-type fatty acid binding protein (H-FABP), to aid in the first-line diagnosis of acute myocardial infarction (AMI) commonly known as a heart attack. "It is able to distinguish patients who would have a heart attack to those wouldn't have it. So a test like this could be identified those disinclined patients and send them home in three hours which is a big achievement", states Mr. Conor O'Brien, Managing Director of FABPulous. This offers great advantages in the point-of-care and home testing setting, over current technology.  Also it will help to relieve Emergency department overcrowding in Europe since "at the moment about 1 in 5 patients who seek medical attention with chest pain have a confirmed acute myocardial infarction but they have treat all of them", points O'Brien. For this company H2020 SME Instrument programme helps in generating critical evidences in this medical concern and boosts clinical research for the validation of biomarkers and/or diagnostic medical devices.

Consumers likely to save thanks to annual energy costs indicator

The Yearly Appliance Energy Cost Indication (YAECI) has been helping consumers in their purchasing decisions by displaying the yearly average running costs of domestic appliances and TVs on web-shops and by retailers in 9 EU countries. “Consumers can now make better informed decisions when purchasing energy efficient appliances” highlights Rebecca van Leeuwen, coordinator of the project from the Netherlands Enterprise Agency. The Energy Indicator of a product shows the customer that even if a product is initially somewhat more expensive, it can in fact work out to be cheaper in the long-run, thanks to the lower annual running costs. YAECI provides customers with information at the point of sale, specifically, on the yearly energy cost of a product i.e., Energy Indicator. This comes together with the existing energy label found in appliances such as washing machines, dishwashers, dryers, air-conditioners and televisions. This three-year project co-financed by the European Intelligent Energy Europe (IEE) programme was successfully completed and came to an end recently. Retailers and consumers wishing to learn more about the project and results can visit the YAECI website where the final YAECI report is now available for download.